Even though Americans account for approximately 5 percent of the world’s population, they consume nearly 24 percent of its energy. When it comes to electricity at least, air conditioners and gargantuan refrigerators certainly have an impact on U.S. consumption levels. According to the IEA, U.S. electricity consumption per capita was 12.83 megawatt hours per capita in 2016. By comparison, consumption levels in the UK and Germany were just 5.03 and 6.96 megawatt hours per capita respectively the same year. 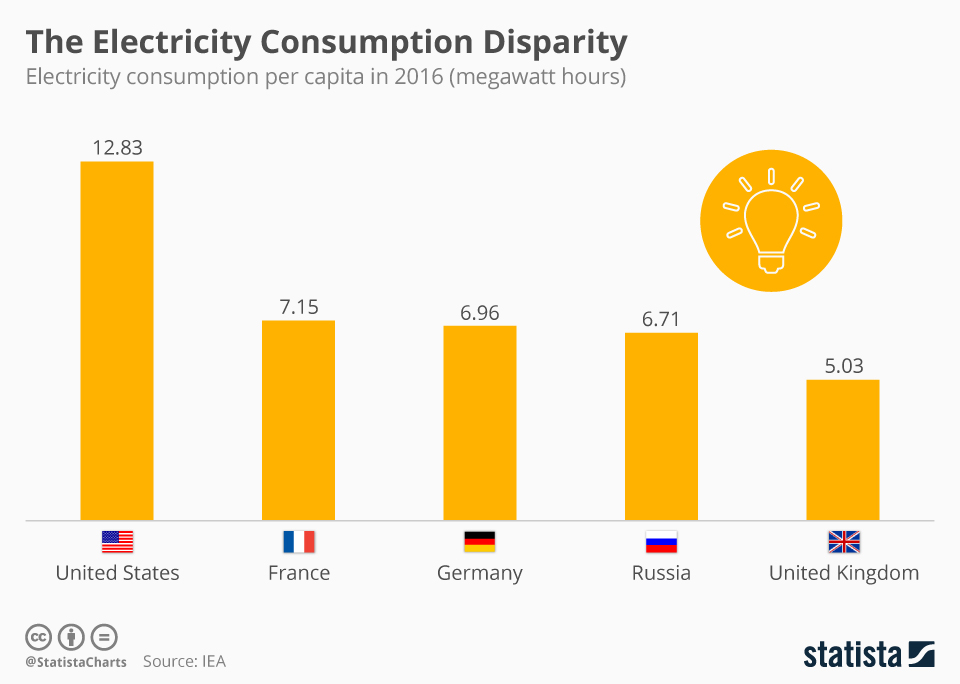