Skip to main content
University of Wisconsin–Madison
MADISON, WI – Dane County is converting its parks and public works trucks to run on compressed natural gas (CNG) from the county’s landfill. The county partnered with private companies that specialize in turning trash into bio-gas, and have installed technology at the landfill that turns methane gas emitted from refuse in the landfill to CNG. County Executive Kathleen Falk stated the county is the first place in the state to run vehicles on landfill gas.

“Filling up has never been this cheap in my lifetime,” Falk said as she noted gas hasn’t been as low as 20 cents a gallon since the 1930s.  “Through innovation, we’re saving tax dollars, cleaning up our air and turning an environmental problem into a green energy opportunity,” Falk said.

According to the county, it started converting methane gas from decomposing trash into electricity that now earns county taxpayers more than $4.3 million annually. The county’s statement said that turning a percentage of landfill methane into CNG for its vehicles won’t affect the amount of electricity generated.

The methane gas costs the equivalent of 20 cents per gasoline gallon equivalent to convert it into CNG for vehicle use. The CNG is as fuel efficient as regular unleaded gasoline, according to the county.

In addition to the new technology at the landfill, Falk also announced the county will be installing a new CNG filling station at the Robertson Road offices of the Dane County Parks Department.  The county purchased the station with more than $400,000 from a Clean Transportation federal stimulus grant the county secured through the Wisconsin Clean Transportation Program (WCTP). That same grant also helped the county purchase a number of trucks that run on CNG, the county stated. 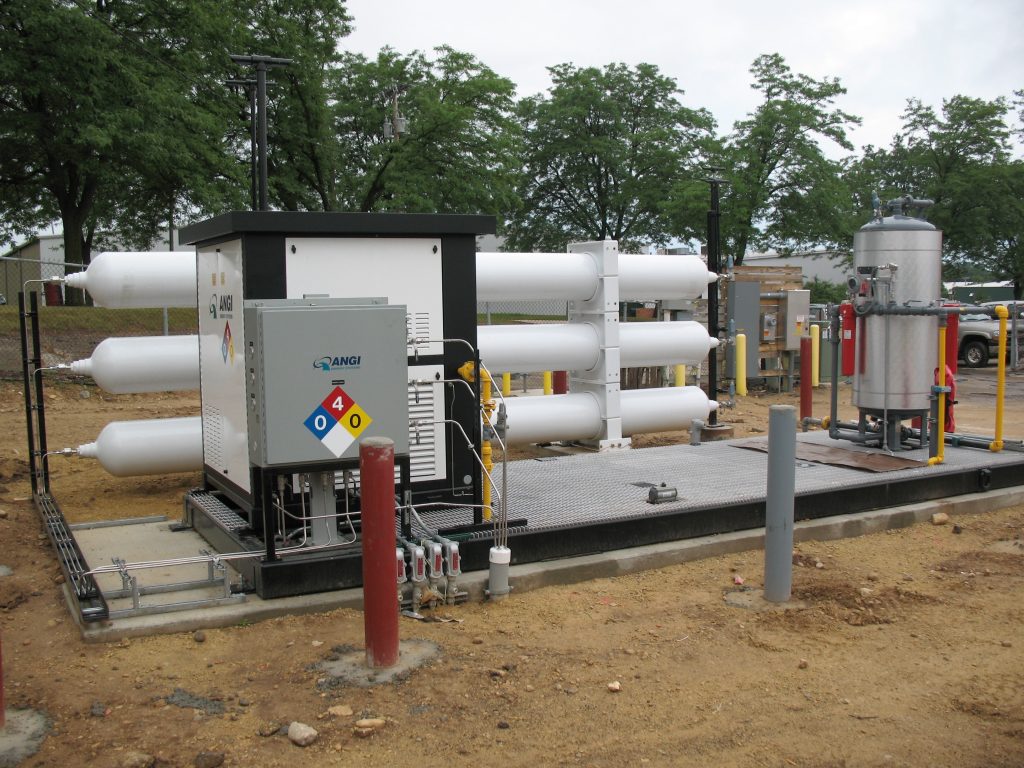 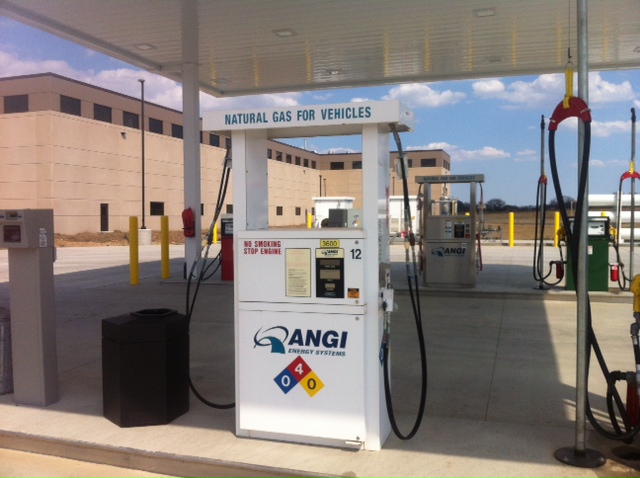 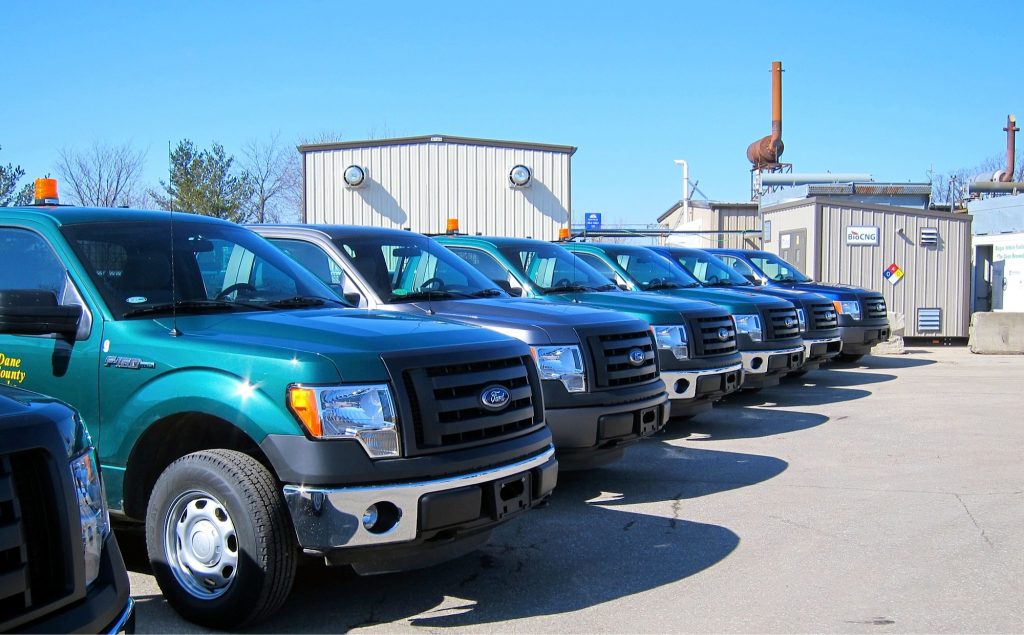 This BioCNG filling station is supplied by methane from the Dane County landfill. It has the ability to produce 250 gallons equivalent of clean fuel daily for the County fleet of 40 vehicles and snowplows.